For astrology lovers let me first explain the combinations present here in the charts of Jyotiraditya Scindia.
Moon i.e. 7th lord of public image (how people perceive you in social life) it’s lord moon, which is also putrkarak is in 2nd house of speech is in rahu/ketu axis, aspected by fiery planet Mars from 10th house of profession, whereas moon’s rashi lord Saturn Amatyakarak, is placed in 4th house of power ( singhaasan), which further aspects 11th house of achievements, where 10th lord Venus Darakarak is placed.
Together this all combination of such rajyogas promise a very successful political career ahead.
Influence of the above mentioned combination means such a person, if ruler, becomes very assertive and has dictatorial tendency, sometimes even tactlessness. His fiery personality, aspect of mars and Saturn on his ascendant, adds fuel to the fire. This oratory skills will, provoke and prove an inspiration to his party workers. Now come exactly to the point what do a leader do, to win over public, to pull the crowds? SPEECH
This is the most useful tool one needs to have when you address public.
Present ongoing dasha of Saturn/ Rahu which is placed in 2nd and 4th houses respectively and mutually placed in 3/11axis , in birth chart will help him get a seat in power. Both dasha lords are conjuncted in navamsha charts in 3rd house of efforts, valour which is required to contest an election.
In yogini dasha system, it’s mercury/mars. Whereas mercury is 9th lord of luck and mars is 4th lord seat placed in 10th house of power. So it also confirms sound political career innings ahead as the next dasha starting from jan 2019 will be of shani which again will continue to shower its good results.
In jaimini dasha system it’s leo/cancer. Leo is a rashi of steep rise, aspected by atmakarak Mars and also by Amatyakarak Saturn . anatardasha rashi cancer is 7th house which has darakarak navamsha and 10th house has amatyakarak shani which is further aspected by darakarak venus and Jupiter from 5th house of sankalp. With jupiter’s presence dhram/jaati also will also play its key role in this election campaign. 8th house’s role, both from rashi dasha and moon from cancer dasha will bring him sudden rise in politics.
So on an whole it’s a win-win situation for Jyotiraditya
He shall give a stiff competition to his competitors/ opponent
Will secure good amount of seats for his party
Shall emerge out a promising leader and in 2019 general elections, he shall be holding key position in power circle 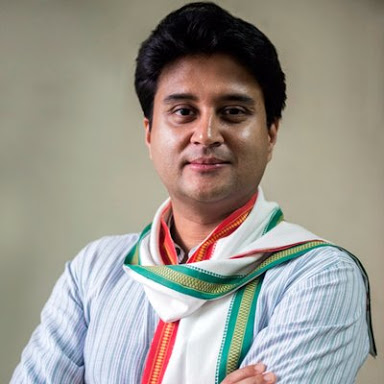