This is a horoscope of a talented young girl, who has keen interest in dancing, yoga as, her 3rd house is aspected by Venus and 3rd lord Jupiter due to it’s retrograde motion is also aspecting planet of arts, Venus. https://youtu.be/nfuPGYRNUJo

However, let’s discuss about the vital factors due to which she eloped with a inter caste boy. 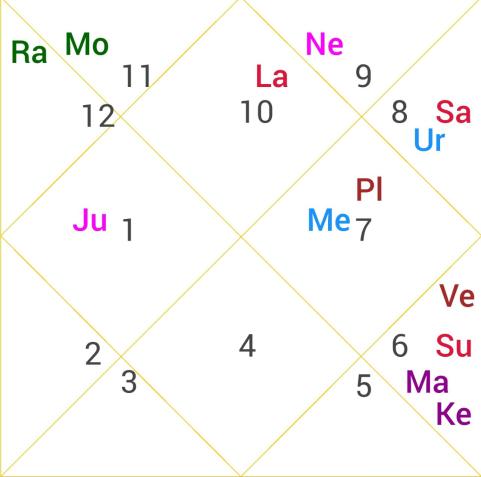 As 9th house is of Religion, any affliction to it or upon its lord, gives rise to such relationships

Here Malefic influence Mars, Sun and ketu, all conjuncted with debilitated Venus, made this happen.  9th lord Mercury is aspected by retrograde Jupiter.

Whereas, dhram guru Jupiter is aspected by Mars from enemy sign, so it  made this inevitable.

Debilitated Venus in Rahu/ketu axis, conjuncted with Mars, ignited this urge in her to develop sexual relations. Infact in Navamsha chart too, Venus is debilitated, in Rahu/ketu axis besides being aspected by Mars.  So she experienced sexual intercourse with her lover

Sun which is 8th lord of secrecy and hidden affairs, aspected by 12th lord Jupiter,  so she  secretly got married to her lover and eloped.  Whenever such activities happen. Role of  lords of 8th and 12th or planets posited there, happen.

But here the saving grace is that Jupiter is vargottam and has minor affliction,  so after some quarrels, family members agreed to their relationship and got them married as per rituals. This is the role of Jupiter who brings regularities and marriage was solemnized

The fact is, all planets play their roles in their respective period.

In Jupiter/Rahu/Moon period 8th house has all planets, which were potentially strong to give her another hidden relationship. Next sub period was of Mars, which encouraged her to Express her desire and she started experiencing regular sexual intimacies with her boyfriend 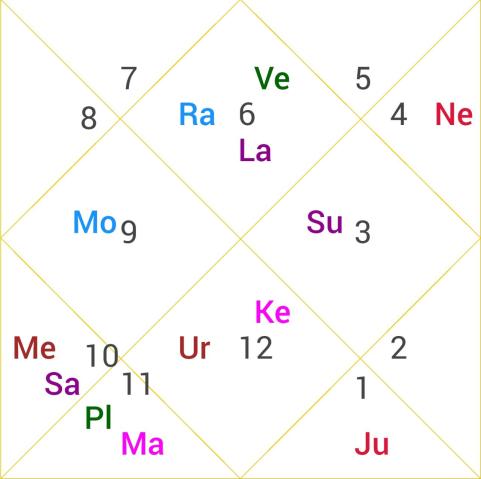 In Navamsha chart,  ketu is posited in 7th house which is aspected by Saturn, the lord of 5th house posited in own house. 5th is love,  emotions  Desire. Saturn gave her boyfriend who is elder to her by 13 years

Although she wants to live with her boyfriend in live-in relationship but due to pressure of norms of society,  she cannot do it. This gave her mental illness and depression but now is recovering from it