What are the  Astrological  yogas for multiple marriages ?

This is the life story of a very beautiful woman who belongs to a small town. But later came to Delhi and saw struggling life. But didn’t give up. Infact participated in Mrs. INDIA as a contestant

Her ordeal with men started from tender age of 17

Here in her horoscope 2nd, 7th and 11th house/lords forms a connection, which explains multiple relationships
In her Saturn/Moon period, while she was in school, a young man who was notorious for his bullying around, approached her and wanted to marry her. She was only 16 years. Family was against this relation and was afraid of boy’s background. So reluctantly got her married away with another boy, was was far below their family standard. Only to keep this girl away from that notorious person.

Saturn is Ascendant and 2nd lord, placed in 5th house of love and emotions, aspecting ketu in 7th house. With explain love affair with a elder person of different caste. Saturn is aspecting 7th lord Moon which is debilitated and conjuncted with 12th lord Jupiter, in 11th house.Hence lord of 12th played it’s role in eloping with her lover after her marriage.12th lord Jupiter is also 3rd lord of change of residence, so this girl eloped with her lover and came down to Delhi. 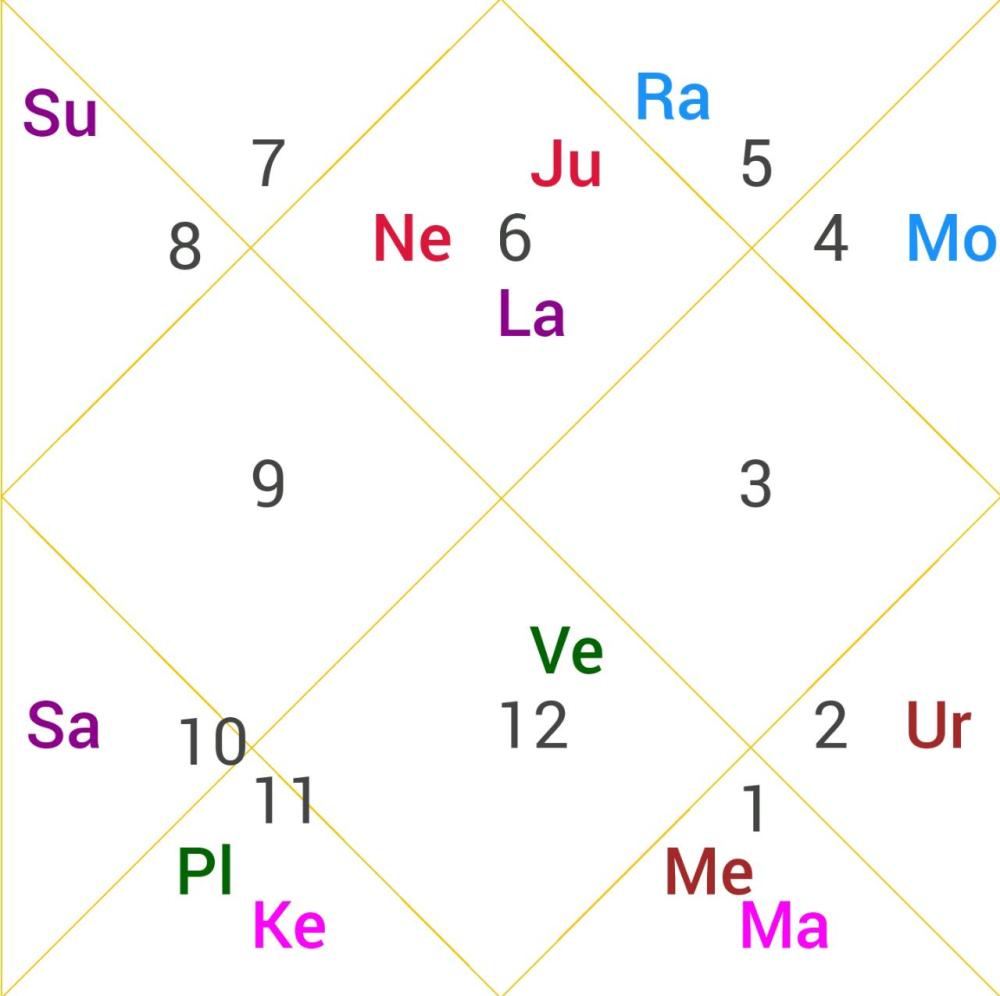 In Mercury major period she did job. In Rashi chart Mercury is aspecting 10th house of profession. In Navamsha chart, it’s 10th lord

She suffered lot of domestic violence and abuse in her 2nd marriage, also. Abortions also happened. Here 5th house and lord of progeny, both are aspected by Retrograde Jupiter. Which gives miscarriages. Here 9th lord, which is 5th from 5th is again for progeny, is aspected by enemy Mars, which is conjuncted with Rahu. So surgeries happened
Malefic influence of Mars, Rahu, Saturn, ketu on 1/7 axis gave Tensions in marital life. Mercury the 6th lord of conflicts in 4th house of family is aspected by malefic Mars, which gave constant fights at home
In ketu/Mars period, here Mars which is aspecting 4th house, she managed to buy a home with loan. As Mercury is 6th lord of loan and aspected by 11th lord of gains. Mars
But short lived was this happiness as after 2 years, her husband sold this flat.

Walked out of Marriage

In ketu/Saturn she started living separately from her husband

Physical Relations with a young Man

In ketu/Mercury, again she came in contact with a younger Man and developed physical relations with him. Ketu is in 7th house and Mercury is Navamsha Ascendant lord. This continued for a short short while

Now in running Venus major period. Which is exalted and vargottam. Again possibilities arose of more such relationships, so this time she married her brother-in-law. But will this shall give her mental peace of mind and contentment ?  because Venus has potential to give it’s best results, so  she’s getting all the best privileges of good things in life